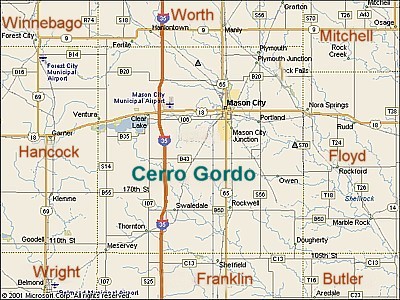 In 2007, I moved to Iowa to work for Senator Chris Dodd. I was the regional field director for twelve counties for the Senator, the second largest of which was Cerro Gordo County. Cerro Gordo County is the home of Mason City and Clear Lake, and Buddy Holly died there in a plane crash. That’s about all I knew about it then.

Fortunately, I met some great people there. One of them was the Democratic Party’s Chairman in the county, John Stone. About once a week, I would drive up to see him, sitting in his shop and talking with him for an hour or so. The man was a wealth of knowledge. He also served as a good sounding board on who I should talk to, and who really wasn’t going to be helpful. I’m not going to lie, I didn’t know a damn thing about the Midwest when I moved there, in fact I had barely ever been there, but John taught me a lot about it. While he ultimately didn’t support my candidate in the end, John ended up being a huge help to me.

John passed on yesterday. I never got back up to Mason City, though he and I had become Facebook friends in the years since then. He was 71. While it’s been years since I visited, I’ll never forget the help he was for me. He’ll be missed.