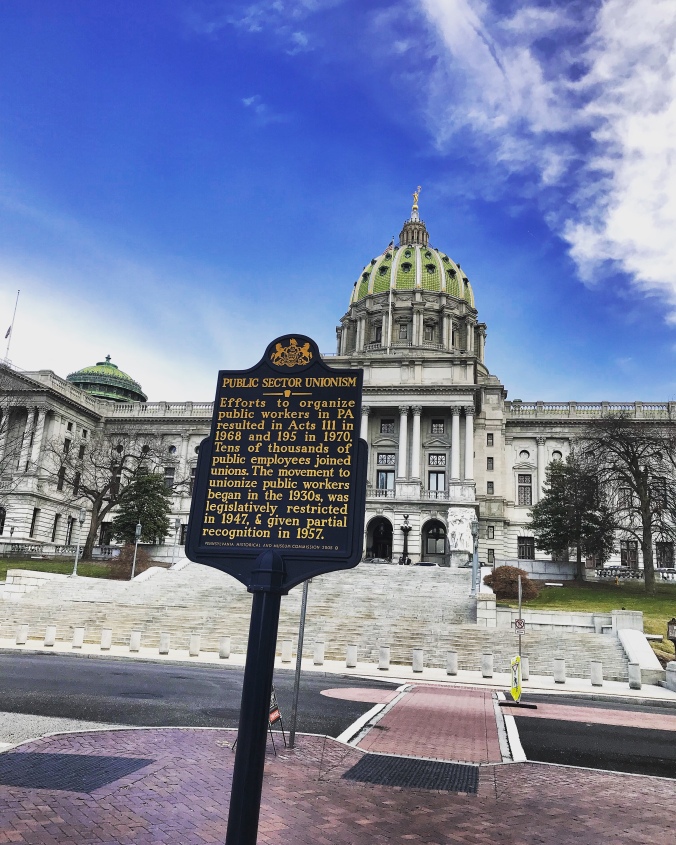 I grew up in a union household, and thank God I did. My father was a PBA member, a correction’s officer in New Jersey, and the effectiveness of that union made our lives better. My parents were able to buy their first home, and their second, go on vacations with us, send my sister and I to college, put food on the table, and generally live a comfortable life.

My father was a public sector worker, who paid union dues, and worked hard every day for 25 years in a tough job. The return for that was a comfortable, middle-class earning, negotiated by his union under collective bargaining. There was no special secret about it. We lived decent because my father had a union.

Of course, that has to be under attack too. A man named Mark Janus, who benefits from his collectively bargained, union contract, thinks he should not have to pay into the union that represents him. He wants to strike down the dues that allow his union to function. Aside from the self-harm aspect of this story, Mark Janus is a jerk. He’s been glad to live the benefits of the union, but thinks he should get that for free. If people like Mark Janus had their way, I’d have grown up poor.