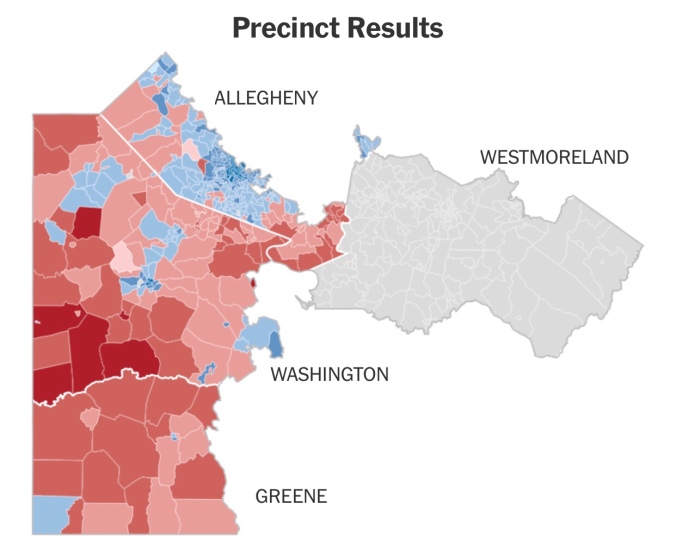 The results of the special election in Pennsylvania’s 18th Congressional District last night were astounding. Donald Trump carried this district by 20%, Mitt Romney did so by 17%, and no one even ran against former Congressman Tim Murphy in 2014 or 2016. Yes, this district was heavily Democratic as late as Bill Clinton’s victories in the 1990’s, but it’s been red this entire century- by a lot.

Donald Trump was absolutely rebuked last night, but it’s my guess that he would still beat Hillary there by at least 10% (but not 20%). The House Republicans *should* be terrified, because there are over 100 better seats for Democrats to take in November, but they aren’t entirely wrong in pointing out the candidate strengths here. In fact, if I’m being honest, the Democrats won this race by getting out of our own way.

Conor Lamb was a perfect candidate- a Marine, a federal prosecutor, a social moderate, pro-union, young guy. He fit the district, but is not the kind of candidate many Democratic activists would normally pick. If there had been a primary, he may not have had much support from national liberal groups. The Democratic Party of 2016 almost certainly would have lost this race. Fortunately, it’s not 2016, and this candidate was not a national Democrat. Democrats ran a candidate who fits this conservative leaning district. They won.

Democrats moves at least as much as the voters of Southwestern Pennsylvania did. They nominated a guy who’s profile gave him a shot with the voters of his district. His positions on guns, trade, abortion, and energy all were somewhat negotiable. The race was contested on very different messaging than the 2016 race. The voters of Pennsylvania’s 18th district saw enough they liked to register their frustrations with Donald Trump and the Republicans in Washington. Don’t mistake yourself though- the movement was not one-sided.