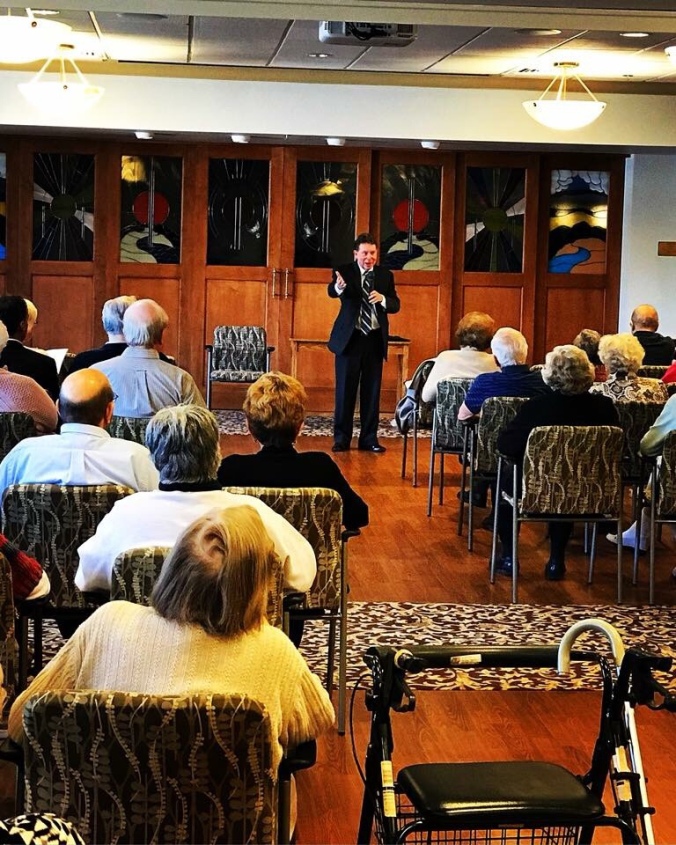 Tomorrow is the Pennsylvania Primary Election, and through most of it I have remained relatively silent about the open seat race for Congress in my native Lehigh Valley. I have done so out of professional courtesy, first and foremost- I am generally fairly outspoken, but as the campaign manager of a candidate, I do not want my words to be misconstrued as their’s, and vice-versa. I have never agreed with any candidate, from Hillary Clinton to local County Executive candidates, on every issue. You can’t possibly do so, unless you get in the game and run yourself. If I find no daylight between my beliefs and a candidate’s, I have found a phony who I should not trust. So, as a professional, I try not to highlight any divisions.

Throughout the primary in PA-7, there has been a second phenomenon though, one of rising passions and resentment. This race has become nasty, but I’m less referring to the television ads and campaign mailers, and more so the comments sections on local blogs, the Facebook comments, and even anonymous Tumblr and Facebook pages. Overall, I’ve tried to avoid the confrontations over it. Some of the most negative people were/are friends of mine. Some endorsers of other candidates have been elected officials I’ve done political work for. While I have very strong opinions on the PA-7 race, I’ve kept telling myself to remember May 16th will eventually arrive, and I should not make reconciliation worse than it has to be.

I chose months ago to go and work for John Morganelli’s campaign for Congress. I didn’t do so for any other reason than believing in the man. No, I won’t agree with all of his policies, he is most certainly a little bit more conservative than me. I didn’t do it for money, or out of lack of other opportunities, with so many Democrats running for office this year I could have easily extracted a couple grand more a month to do a race elsewhere, with over a decade of political management experience under my belt. I could have sought a job in Northampton County after serving on the Executive’s transition, or in Lehigh County after managing their new Executive. Politically, I could have sought to manage a less contentious race here locally, as Democrats are running a full slate of state legislative candidates. I had plenty of options, but I chose this. Me, the veteran of Hillary Clinton (twice), Barack Obama (twice), Chris Dodd, Bob Menendez, Cory Booker, Bonnie Watson Coleman, the former PA House Majority Leader, and a whole bunch of other liberal Democrats, chose to work for the guy that is taking fire from virtually the entire left.

If it wasn’t expediency, there has to be another reason why, right? There are many reasons I chose the tough assignment of managing John Morganelli in this political climate. He’s been a very good District Attorney, as is evidenced by the safe streets in Northampton County. I identify with his past, as he grew up blue collar in Bethlehem, and like me graduated from Moravian College with a degree in political science. I know he is a tough prosecutor, but not a heartless one, instituting reforms to bring more women and minorities into his office, create a mental health court, and supporting the decriminalization of marijuana. He has always supported the men and women in our local unions, prosecuting violations of labor law on work sites across Northampton County. John was advocating for legislation a decade ago in Harrisburg to force gun owners to report lost and stolen hand guns and for gun owners to securely store all fire arms in their home, especially if children or the mentally ill were present. He supports public education, and fully funding it. John is a solid Democrat on 85% of the issues. As a person, I know him to be a good and fair man- and that’s the thing, I’ve known him for years. Many of the activists now crying and screaming about him not being “blue” enough just arrived to the party on November 9th, 2016, or later. They don’t know what they’re talking about.

I would be remiss if I didn’t address the few differences I have with him, and why I can live with them. I knew about his tweets to Trump before this race, I had read them, and I had processed them as someone who spent years advocating for and fighting for Hillary Clinton to be our President. I also knew that he endorsed Hillary for President in 2016. I also knew the tweets were all after the election. Do I like them? Not really. I also get that not every Democrat in the country reacted to Trump’s victory by crying and protesting in the streets- some like Barack Obama wished him well and hoped for the best for him. I wouldn’t have sent the tweets, but I can live with them. I could say the same for his abortion and immigration positions. I knew he was “pro-life” in a manner similar to Bob Casey, in that he’d respect settled law and vote for funding for Planned Parenthood. I find it somewhat amusing we’re not applying a litmus test to Senator Casey, but are here. I also knew all about his history on immigration- including his support of the DACA bill. That he wants to deport undocumented immigrants who violate the laws while in the United States is fine by me, and most voters. We are a nation of laws, not a free-for-all.

Most of us in politics here in the Lehigh Valley knew all of this stuff before he entered. Many of us have chosen to support him anyway. The most popular Democrat in the Valley, State Senator Lisa Boscola is joined by the Northampton County Executive, Bethlehem Mayor, former Lehigh County Judge Tom Wallitsch, multiple Northampton County Council members, and several city council members have endorsed John. The Lehigh Valley Building Trades Unions have been joined by the Fire Fighters Union locals in Allentown, Bethlehem, and Philadelphia in supporting him. Many of our local Democrats realize John would be a fine representative in Congress.

People not from here are spending a lot of money to drown out those local voices. Emily’s List has spent close to $400,000 alone, as of the beginning of last week. Billionaire Tom Steyer’s NextGen organization pledged “at least” $100k to the race. There are plenty of other groups spending here too. While John’s closest competitor had to lay off their manager, communications director, and field director because they couldn’t pay them, and they never aired a television ad of their own, outside money is doing their best to prop up a candidacy that is incapable of sustaining itself. The message here is that Washington, and not Bethlehem, knows best. That message has been sent before, and it’s part of why we currently have Donald Trump in office. Listening to out of touch voices, most of whom have never been here, is a sure way to lose.

It’s also part of why I support John- the job is REPRESENTATIVE of the people of the 7th Congressional District, not of the National Democratic Party. John Morganelli’s life experiences and political positions best represent the Lehigh Valley. Sure, some activists don’t approve, but they are not representative of the broader masses here. Donald Trump won Northampton County, barely lost Monroe County, and only lost Lehigh County because of the large presence of Allentown to pull it across for Hillary. Both Democratic County Executives won in 2017 in large part by running on their records of never raising taxes and preserving services for senior citizens, not some anti-Trump “BlueWave” message. This is a moderate area. They will elect the most moderate Congressman. Nominating an inauthentic version in the primary will end the way Congressional campaigns have here for the last 20 years. The Lehigh Valley is not Philadelphia. It is not similar to Philadelphia. Stop fooling yourself into thinking Philadelphia politics will work here. If the Democratic Party is going to start winning again, we will have to start representing the districts, not trying to force them to represent us.

In short, I believe in John Morganelli, flaws and all. I know he’ll fight to expand health care access, limit gun violence, rebuild our infrastructure, and protect the rights of unions to organize. I believe John will win in November, in fact he is the only candidate I can say that about. I know John will provide a vote for a Democratic Speaker in January, one we desperately need.

I have mostly refrained from engaging during this race, in part to try to keep the temperature down. In these final hours, I see no need to. I’m supporting the best, strongest candidate in PA-7 that the Democrats can nominate to win in November. I hope you will join me.