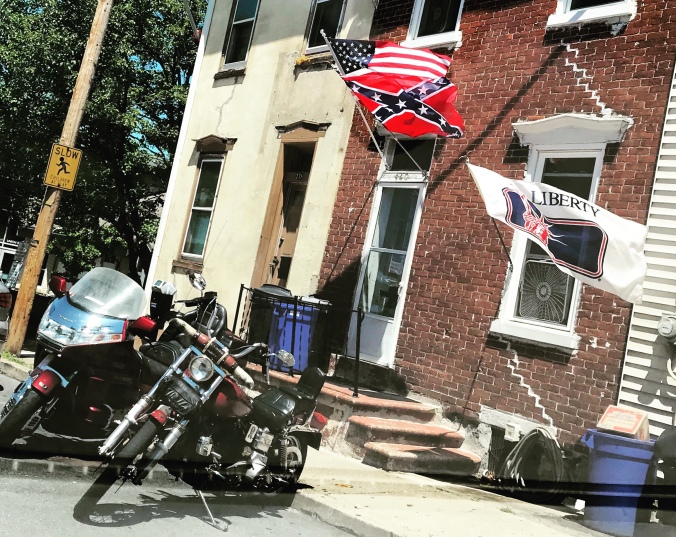 There’s a common misconception about Civil Rights in America, that we made more progress on the issue in the 1950’s and 60’s than we are now. The theory tends to take the position that Civil Rights progress then has made white America more conservative, and opposed, to more progress. There’s decent evidence to that end- Democrats saw their share of white voters begin falling considerably by 1968.

I think we’re missing a huge, key point there though- the perceived cost of Civil Rights to the majority has changed. For most of white America in the 1950’s and 60’s, Civil Rights was something happening elsewhere. It was mostly an issue of Jim Crow, Segregation, and “hillbilly” cops being violent in the South. African-Americans were merely asking for voting rights, physical safety, and access to public education, and mostly in just one region of the country. White people in other parts of the country found Bull Connor, George Wallace, and the Ku Klux Klan kind of embarrassing and hard to defend. It wasn’t hard to support Civil Rights against some other white people, in some other place. Besides, the South has always been rebellious and poorly behaved. The cost of supporting Civil Rights in the 1960’s, while historic, was relatively low for white people.

Beginning with the push to integrate busing in the 1970’s, the math began to change. Integrated busing meant an end to de facto segregation in schools nationally. Confronting policing issues was one thing when it was Rodney King in Los Angeles, or a celebrity trial like OJ Simpson- it’s totally different when the shooting is down the road in South Whitehall Township, or Pittsburgh. Confronting the lack of minority inclusion in the ranks of our CEO’s, Senators, and Hollywood producers is less convenient. Providing quality public education, through spending actual money in impoverished urban areas can pit African-Americans vs. wealthier white suburbanites quite often. Confronting implicit bias and systemic racism means confronting one’s own behavior, not some other white person in some other place. It also means accepting the premise that the LBJ signed, 1960’s Civil Rights legislation was a start, not a conclusion on the road to a more just, equal society, which can be hard for some to comprehend.

I understand that for many white people, Civil Rights progress just can’t be a priority for them. A lot of progressives mock this concept, but the truth is that life isn’t that great for white working class people in 2018. The factories with their unionized, family sustaining wage paying, unskilled labor jobs are gone. Opioid addiction, Wal-Mart jobs, ever rising local taxes, mounting personal debt, and home foreclosures are in their place. While they’re wrong, I understand why they are dismissive of the concept of white privilege. I’m not dismissing the racial bias and explicit racism that exists with a large chunk of these people. I’m simply acknowledging that we should have some sort of compassion for people who are frankly being defeated by life, are afraid of a changing world, and aren’t privileged enough to change their own lives, let alone the world. I’m obviously not too happy they decided to unleash the forces of Trump on America, but I do understand why it happened.

Civil Rights fights moving forward aren’t going to get easier. Progress in 2018 is harder, and requires actual changes to everyday society. Not everyone is going to find “the juice is worth the squeeze.” Voters have always voted self-interest, and probably will continue to, meaning there may not ever be a majority of voters casting their ballots for a pro-Civil Rights agenda. With more political polarization and scarcer resources available, the reality is that progress is only going to be harder, not easier.