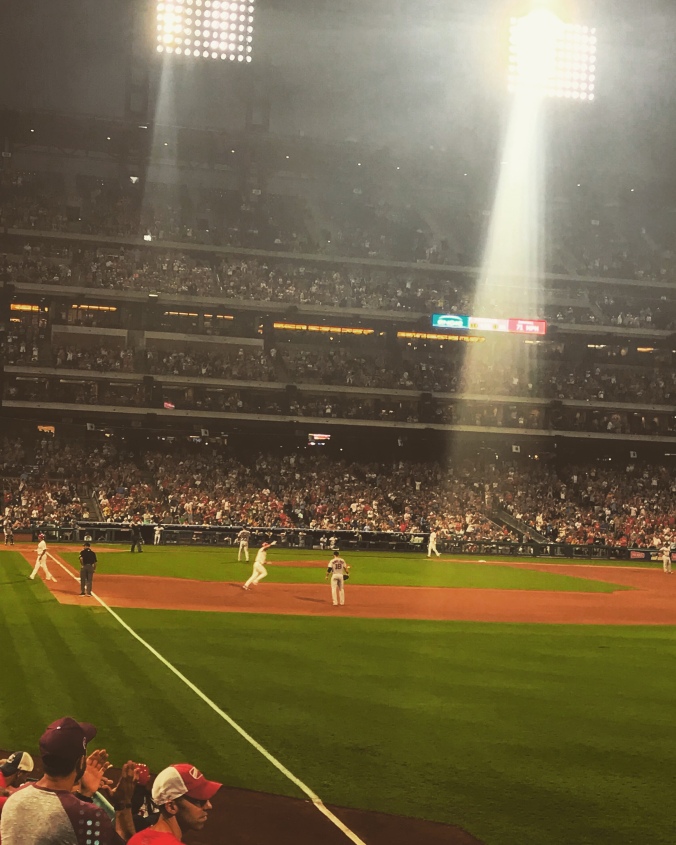 There was a certain satisfaction in watching last night’s Phillies win. The Boston Red Sox are certainly not one of my favorite teams, but they are baseball’s best team this year. The Phillies dropped a tough 2-1 battle on Tuesday, but managed to split the season series with a team that should easily top 100 wins. Boston may very well have this year’s AL MVP and Cy Young Award winner, but the Phillies didn’t back down from them in any of the four games, in either park. Down 3-0 on Wednesday night, facing a sweep, they fought back and won 7-4. That is a satisfying win.

When you look at the Phillies line-up, you aren’t overwhelmed. Nobody is going to hit .300 in this line-up. It’s highly unlikely anyone hits 40 homers. Rhys Hoskins is probably the only guy that drives in 100 runs, or probably hits 30 homers. They’re a bottom of the league team in batting average. What do they do well? They take a lot of pitches. Their on-base percentages are deceptively good. They’ll probably have six or seven guys hit 20 homers or more. They hit well later in the game. It’s not that they have nothing going here, but they’re not a line-up that impresses you much.

The Phillies are a good team because they can pitch. Aaron Nola has been outstanding. Jake Arrieta has been way better than some fans give him credit for. While they’re inconsistent, Zach Eflin, Nick Pivetta, and Vince Velasquez have all dominated at times, in a season where they all made tremendous leaps forward. The bullpen has become deceptively strong as the season rolls along. This team has pitched it’s way into contention, despite relative youth and inexperience, and one of the worst defensive clubs in baseball.

And yet, despite all of those positives, I’m not sure they will win the division. They are two games back of Atlanta for the first time since the virtual beginning of Summer. Atlanta has a young, ready for prime time offense. They’re beating up on bad teams better than the Phillies right now. Atlanta’s doesn’t seem like the same level as the Phillies, but they’ve done a more than admirable job, and the numbers are way closer than you think. Who wins this division probably comes down to whether Atlanta’s starting pitching or Philadelphia’s offense is better- assuming Washington is who they look like at this point.

In the long run though, the Phillies are poised to dominate the NL East. If you were to ask me what I’d rather have to improve in free agency- starting pitching or offense- I’d take offense every time. We’re coming up on a major off-season, with major available bats like Manny Machado and Bryce Harper on the market, and the Phillies are well-positioned to make monster bids on both. Other than the often-injured Clayton Kershaw, there are less available game-changing arms on the market, and they will be very expensive. Atlanta simply doesn’t have the kind of money the Phillies do either, whether to extend contracts to their own players or free agents.

Even if the Phillies third through fifth starters don’t all solve their consistency issues, the Phillies have a dominating AAA staff that is cruising through the International League, and Sixto Sanchez and Adonis Medina waiting in the wings to eventually fill in here. The Phillies will not need to dive into the expensive starting pitching market as much as Atlanta and others will. They will be able to spend in free agency to fill in their 2019 line-up, and trade from their depth of pitching to get more bats. With their deep pockets, the Phillies can build a sustained winner. The NL East is going to hate this group for a long time.