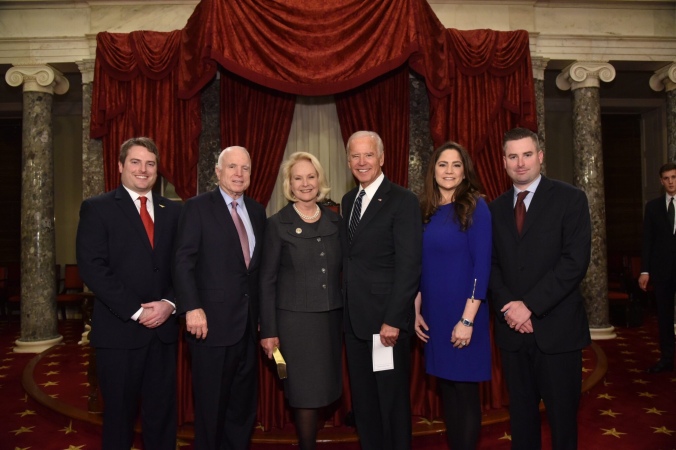 In 16 years of working in politics the only time I was conflicted about winning was my 2008 work against John McCain. It is not that John McCain was moderate, he absolutely was not. It is not that McCain appealed to me personally, he certainly did not. It is that McCain, for all of his faults and imperfections, represented something good about us. He was decent. He was honest. He was real.

There is certainly lots to hate about McCain, much of which lead me to oppose him in 2008. John McCain elevated the idiocy of Sarah Palin when he nominated her for Vice-President in 2008, which lead us down our road to Donald Trump. John McCain supported the Iraq War that did so much to harm our nation. John McCain did not push as hard as possible to stop the Trump Presidency. McCain voted for some of the most awful voices on our Supreme Court. McCain voted for every major Republican tax cut bill in our time. McCain voted against recognizing MLK Day as a federal holiday, opposed Obamacare, supported the NRA, and supported de-regulation of banks, and impeaching Bill Clinton. If I judged John McCain entirely on his Congressional voting record, I might compare the man to Newt Gingrich, or worse. This is even ignoring his near ruin in the “Keating Five” scandal. There is plenty for a Democrat to object to in the life of John McCain.

There is the other side of McCain though, a more symbolic existence in American life, in which he represented something better though. The man that wanted to select his friend, Senator Joe Lieberman, to be his running mate in 2008, that publicly praised the work of Hillary Clinton in the Senate, that mentored Senator Klobuchar, that publicly praised his friend, Vice-President Biden, and that publicly embraced the description as a political “maverick” in a day of political polarization. Indeed, if I get beyond the pure political sorting of John McCain’s day, I see a man who wanted a better, more unified union. I see the man who defended the integrity of his 2008 opponent, President Obama, both in his answer to a questioner seeking to slander Senator Obama as a “Muslim” and terrorist, and in his incredibly gracious concession speech on the historic election night in 2008, where McCain fell at the feet of the altar of history, and allowed America to graciously take a step towards being a more just and decent nation. Sometimes, John McCain exceeded his own political imperfections and made us better.

John McCain defied our political definitions, and in many ways moved us forward. He is both the man who made Sarah Palin his running mate, but also who refused to take part in calling President Obama a terrorist. He’s the man who fought against human trafficking, but also defended an unjustifiable war in Iraq. He criticized Donald Trump and his worst rhetoric dividing us, but also voted for Neil Gorsuch and tax cuts for the rich. McCain cast the decisive vote saving Obamacare, but also voted to convict Bill Clinton in his impeachment trial. John McCain was complicated. So is the America he represented and defended. He was in many ways, us.

In closing, let me quote Senator McCain in the Fall of 2017, speaking at the U.S. Naval Academy:

We have to remind our sons and daughters that we became the most powerful nation on Earth by tearing down walls, not by building them.

John McCain is probably the most decent and honorable man I ever worked against. May he have fair winds, and following seas on his journey home. I think it is quite telling that he requested the two Presidents that defeated him, Barack Obama and George W. Bush, eulogize him. He more than earned that honor.