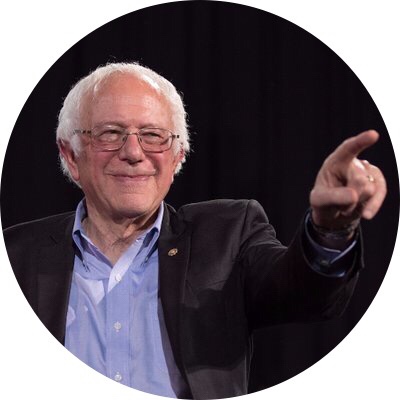 There was a time when I really didn’t mind Bernie Sanders. I thought he was too far left to be President, but I was generally, philosophically fine with him. Yes, we need to invest more in the working class, sure we do need to regulate big banks, and yes we do need to expand access to health care. Sure, the devil is in the details, but that devil was less important than the broad agreement.

So as the 2016 Presidential process began, I was actually not really anti-Bernie. I supported Clinton. I liked O’Malley. I thought Bernie represented an important voice. When January of 2016 came, I even collected petition signatures to get Bernie on the Pennsylvania ballot (I also did this for Clinton, but I don’t often carry for more than one candidate in a race). Bernie seemed fine to me, and I liked that he was collecting younger supporters.

So what changed, and how? I didn’t go from “fine with Bernie” to fierce critic over night. While I’m unimpressed by his biography and personal flaws, I knew most of that when he entered. I knew he had very little support from non-white voters. I knew he wasn’t a Democrat. I knew all of that, but still didn’t hate him. I even knew he called himself a socialist- which didn’t bother me yet, as I had never hated socialism (my advisor in college was a socialist). Yet, today I’m passionately never Bernie.

For me, the first annoyance point with Bernie came in his disastrous New York Daily News editorial board interview, and the fallout from it. He was universally panned for it, then lost the New York race decisively, then stayed in the race. It was great that Sanders wanted to be a fighter for the working class, but he really hadn’t done his homework to explain how he was going to do it. This was the point I started to believe he was misleading the flock.

The next real annoyance was here in Pennsylvania, just after New York. Several friends of mine were running for delegate to the convention for Bernie. They worked hard to help him, and to be on the ballot, and probably felt like the campaign should help them. Instead, a group of the other Bernie delegates and supporters put out a voter guide saying not to vote for the establishment Bernie delegates on the ballot, only those who would refuse to support Hillary, ever. It was at that point I realized that these people were total wackos. As the weeks went by, right through California, this became more and more clear.

When the primaries ended, I expected peace to come soon after. I thought maybe the crazies wouldn’t support Clinton, but I expected the campaign eventually would. Then Bernie kept up his rhetoric about corruption. Then came the big blow- Jane Sanders saying the FBI needs to “hurry up” their investigation into Hillary Clinton’s emails. Jane was feeding into the right-wing crackpot investigations. It’s fair to say I enjoy that she’s under investigation now.

The breaking point came in Philadelphia, at the convention. Had Team Sanders been firm, but gracious in defeat, I could have given them credit. Instead they pushed out the DNC Chairwoman, held anti-Clinton rallies and marches, and raised holy hell in the convention. While I give some credit to Bernie for campaigning for Hillary after that, the damage his people did in Philadelphia was lasting and unforgivable. Wikileaks played them for willful idiots, and they were right.

The weeks after the 2016 Election were bitter and cold. Infighting ran rampant after Hillary’s loss. Just days before Trump’s inauguration, Bernie supporters were launching attacks on Cory Booker for “supporting pharma”- because he voted for a non-binding resolution about reimportation and negotiating drug prices that wasn’t Bernie’s. Then Bernie insulted the Democratic Party while on a listening tour with our next chairman. Those early days of Trump were a chance for Bernie to be a force for good. He didn’t bother.

It would unfair to lump all Bernie supporters into one “bad apple” camp. There are those like Tulsi Gabbard, Susan Sarandon, and Shaun King who actively tried to harm Hillary Clinton and the Democratic Party, as opposed to the majority who did not. There are Bernie-backed candidates in 2018 like Andrew Gillum (who backed Clinton) that are full of good ideas, positivity, and hope- but there are also straight-up troublemakers like Alexandria Ocasio-Cortez who provide the same negative value as the 2016 troublemakers. Bernie had some outstanding staffers on his campaign that do amazing work, and really don’t deserve disparaging remarks either. There are always shades of gray.

What I figured out about Bernie though is that he’s a fraud who isn’t really interested in a better tomorrow, unless he owns that tomorrow. His interest is in being a critic against the Democratic Party, rather than governing and leading. He’s not serious about the details, only about the rhetoric that brings in the $27 donations. He’ll go to the Senate and mostly vote right, but when he votes against immigration reform or gun control, he’ll want you to hear out his nuances, while he’ll crush Cory Booker out of hand for having his own state-based, nuanced positions. The man exposed who he was to me, and I did not like it.