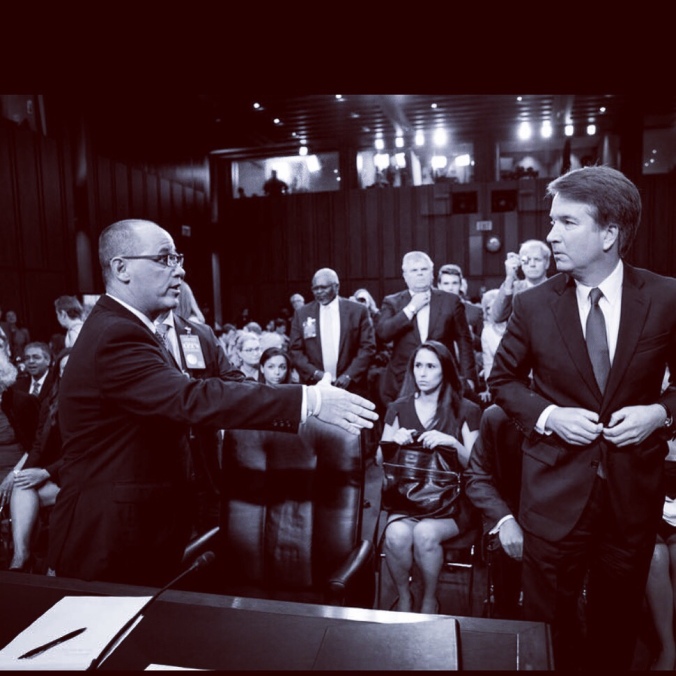 My biggest takeaway from the Brett Kavanaugh hearings so far? We shouldn’t have Senate confirmation hearings anymore. Much like Government Oversight hearings in the House they are all theatre, and we’re all more dumb for having listened to them. There’s not one undecided person in the room, and Chairman Grassley is a shameless hack for trying to claim his staff went through 42,000 documents in six hours the night before the hearings (7,000 an hour? That’s a lie.). The hearings attract protestors like honey attracts bees, and the net effect is zero- Lindsey Graham doesn’t care how loud you yell about Kavanaugh overturning Roe v. Wade, he’s voting for him anyway.

The only thing in the way of Kavanaugh being confirmed at this point is when Kyl gets to the Senate to replace McCain. Susan Collins pre-cleared this nominee ahead of time, really only leaving Lisa Murkowski as a questionable vote on the GOP side. Assuming the Republicans have 50 votes to confirm Kavanaugh, you might see Democrats in red states- meaning McCaskill, Donnelly, Manchin, and Heitkamp- vote for him too, to help their re-election campaigns. That’s the equivalent of scoring a touchdown with a minute left in a 42-0 football game though, no one cares. Kavanaugh’s entire “target” audience is keeping Murkowski, Flake, Corker, Collins, and Sasse- and he can do that purely by not doing something moronic.

This confirmation was basically sealed when Chuck Grassley accepted mass assertions of executive privilege by the Trump Administration and representatives of the Bush 43 Administration. If Kavanaugh’s opinions on torture, executive power, environmental law, and labor law (to name a few) as the White House Staff Secretary aren’t part of the hearing, what is there to even discuss? As expected, Kavanaugh declined to take a position on whether or not a President could be indicted or subpoenaed, particularly germane topics in the era of Donald Trump as President. Grassley tried to claim Kavanaugh’s opinions as Staff Secretary really don’t matter, and the public shouldn’t see them. If that’s the case, why bother having hearings. The partisans on both sides will take their partisan positions, and everyone else has no reason to care. This whole process is a fraud, and Kavanaugh was guaranteed 51 votes to start.

This isn’t to absolve Kavanaugh of fault and push it to the Senate. He has taken positions on the definition of employment that are outside of the mainstream. He was involved in legalizing torture in the Bush White House. He lied under oath to the Senate Judiciary Committee when he was up for a lifetime appointment to the DC Circuit Court of Appeals. He has said Presidents shouldn’t face indictments or criminal probes while in office. It’s a near certainty that he promised to protect Trump from prosecution, support corporations in their fights to avoid regulation, overturn Roe v. Wade, and to expand Presidential power- all just to get this nomination. This man wouldn’t even shake the hand of Fred Guttenberg at his hearing, a man who lost his daughter in the Parkland, FL mass shooting, and who supports gun control. Kavanaugh is a bad guy, one who will probably gut the Voting Rights Act and expand the Citizens United case.

The main point is that yet another Congressional process doesn’t work. The Senate Judiciary Committee is a clown show that is run by a liar. If over 100,000 documents are going to be kept out of the public eye on this nominee, what’s the point of calling it a public debate. Like every other nominee in recent memory, Kavanaugh has an impressive resume for the job, but this should actually be about what he’s going to do, and if his nomination is even legitimate, not his qualifications. If we’re not considering his impact on our country, why not just proceed with a partisan, political vote.