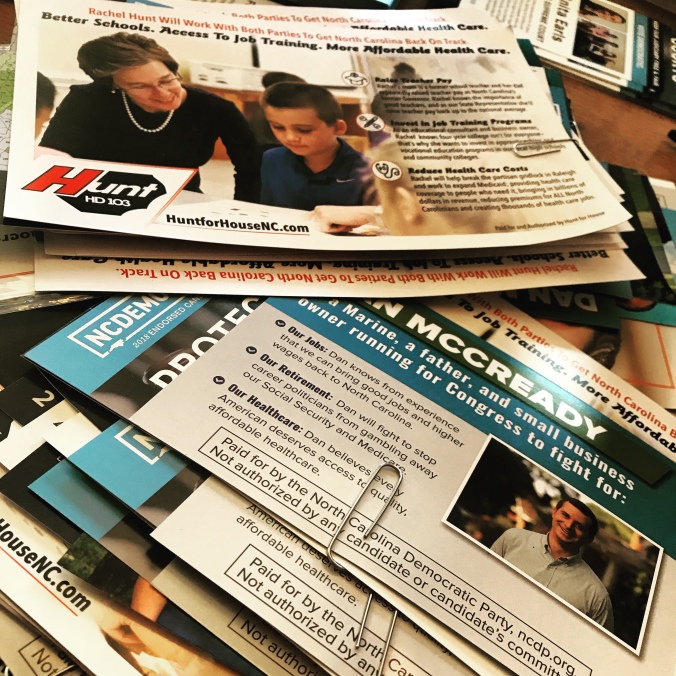 Happy Sunday- kind of. I’m working today, so it’s not a traditional Sunday to me. I was up early and checking in on staging locations. There’s no days off when you’re 16 days out.

Lots of good stuff for you today. My mind’s all over.

I’ve had several conversations this week about a potential Hillary Clinton 2020 campaign. People seemed to divide entirely on gender lines (all were Democrats). What do I think?

I think she would probably not win, so I don’t think she should be nominated, so I don’t think she should run. If you can change the first condition in my mind, you change my mind. The problem for Hillary, of course, is that her approval hasn’t really recovered, which didn’t seem to matter for Trump, but seems to really matter for her. While I’m a huge fan of Hillary, and worked for both of her Presidential campaigns, the most important important factor in what candidates I would support for 2020 is their electability. I don’t see a good reason why a campaign run on the same themes as 2016 would get Hillary elected in 2020.

The Eagles should win the NFC East on talent alone, but this ain’t last year’s team. This is their third loss where the defense just couldn’t hold a lead at the end. The offense wasn’t very good, but the defense just quit. Repeating doesn’t seem plausible.

Today’s candidate of the day is Congresswoman Jacky Rosen, the Democratic nominee for Senator from Nevada. If Congresswoman Rosen doesn’t win, it’s a certainty the GOP holds the Senate. Donate here.

The cool thing about being in North Carolina this year is that the political energy is local. While there are a couple of competitive Congressional races, the main action is focused on legislative races, a state Supreme Court race, and proposed constitutional amendments for the state. With the Congressional map being re-drawn next year, these local elections are taking on national significance moving forward- but they’re being decided on local matters.