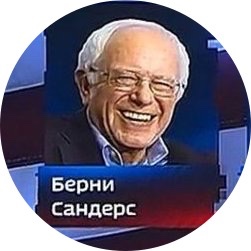 We are now far enough into the 2020 Election that I can feel comfortable saying this- stop dismissing electability. To be clear here, this is not to say you should accept overly basic, thoughtless analysis that says only a white man can beat Trump, but if you’re going to make an argument that runs contrary to current head-to-head polls, it should not begin with “don’t discuss electability.” The fact is electability is literally the most important thing in the 2020 primaries, and it has to be a concern. If you’re a Democrat, and you happen to believe that representing Democratic voters is actually an important thing, then you have to win elections. Parties that lose elections don’t get the power to do anything. Period.

Polling right now suggests that Joe Biden and Beto O’Rourke are the most electable candidates. That’s powerful evidence. While I despise him, Bernie Sanders does overcome cratering personal numbers yet, when matched up with Trump (For now. Wait until the negatives start.). This isn’t the final and definitive say on electability though. You can argue, for instance, that while Amy Klobuchar is a relative unknown yet today, her winning track record in Minnesota shows an electable candidate. You could argue that Kamala Harris has a track record of winning major statewide elections, and will mobilize Democratic base voters better than anyone else. You can argue that Pete Buttigieg’s campaign has been the best run to this point, and his ascent shows a special talent that is unique. Argue whatever you want. Don’t try to skip out on an electability argument though.

Beating Donald Trump is actually, most likely going to be really hard. Elections this century suggests that a Republican nominee starts with a floor of 46%, regardless of who they are, or what they run their campaign on. Democrats start at 48%, but are totally capable of losing the electoral college to a Republican holding their base, at this level. President Obama won his elections with 53% and 51%, and still was winning most of the swing states fairly close. It’s worth noting also that while he did turn out the base, he also spent hundreds of millions of dollars appealing to blue collar white voters by beating the bejesus out of McCain and Romney on the economy in swing states. Democratic Presidents have to be able to do two things at once to win an election. If they can’t both energize Democrats and win over the bulk of the 6% of the country not in either column to begin with, they will lose the electoral college. Full stop. Losing candidates can’t protect your health care, keep children out of cages, or do anything at all about climate change.

Maybe that electability thing actually does matter, doesn’t it?